This page will take you through a brief history of how things started and a little about me.

Feel free to ask me anything you would like to know more about. Thanks for reading and I hope you enjoy it.

I started working on computers around 20 years ago, self-taught mostly until I went to college in 2005 where I studied Computer Networking Technology.

I have since worked in several professional environments including Sony and HP refurbished laptops.

I could go on and on with a list of where all I worked dealing with computers both hardware and software. If you need help at all, ask me and I'll be happy to assist.

The photo here is when I helped a client by replacing the main motherboard. 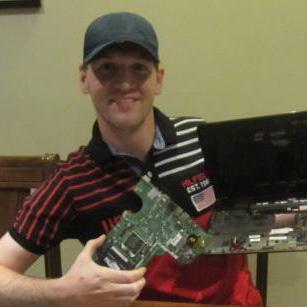 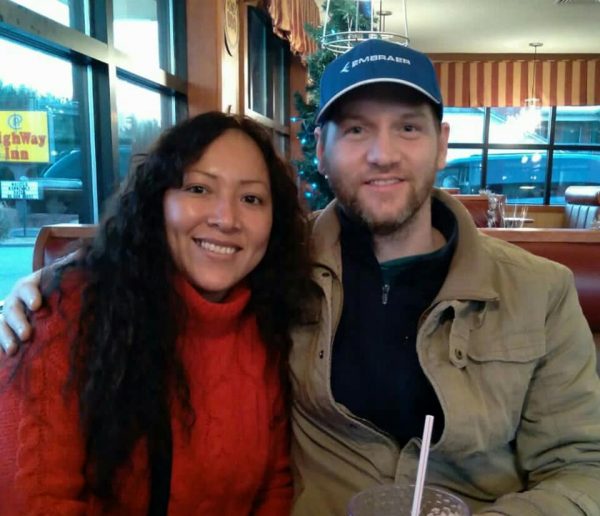 In around 1999 I had a huge interest in learning a foreign language. I worked at a factory at the time where I was exposed to the Spanish language.

At that time I was living alone and had a friend that needed a place to stay. He didn’t know any English so I took it upon myself the desire to learn Spanish.

It took me around 2 years to become fluent. I have lived in Peru for over 10 years where I got married. We are now in the state of North Carolina and speak mostly Spanish at home.

This is a photo of my wife and I at Pizza Hut in Mocksville, NC my home town.

The story behind this is sort of long so I’ll keep it as short as possible.

While in college in 2005, web design was part of our studies and it really interested me. However, upon completion, I had to let it go due to being a computer technician and the coding skills were not needed.

In 2015 my boss at that time asked if I could help him complete his website. I offered to help but he wanted more than what I knew how to do, so that’s when I got serious and started studying HTML and CSS to make it responsive. Here’s the very first site I put together from scratch. Opens in a new tab.

I have since then studied Javascript, node, WordPress, backend PHP and helped build project using frameworks such as Laravel and CodeIgniter.